Join our editors as they share some of the books they will be enjoying in their downtime over the winter break. 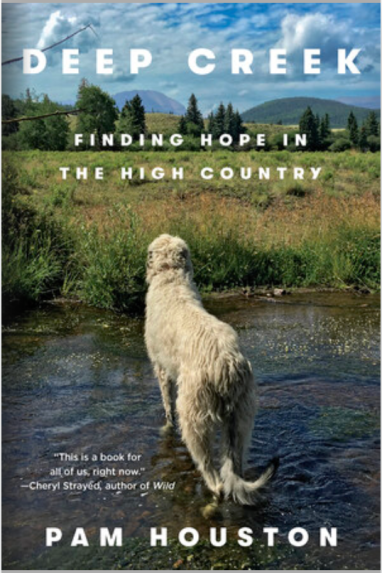 I’ve been slowly working my way through Deep Creek by prolific western author Pam Houston for the last several months and I look forward to finishing it over the break. This book chronicles her life living and writing in the West and Houston builds the book around her foolhardy purchase of a ranch in Colorado with nothing more than a small book advance and a prayer. Houston folds stories about dogs, horses, friendly neighbors, white-out snowstorms, and horrific family abuse into the fabric of the ranch’s account with grace, humor, grit, and, most importantly, hope. I look forward to finishing it, just as I look forward to re-reading it in years to come.

I’ll admit it: I’m a bit of a fantasy-genre fan. Which is why I was excited to learn of the release of the sequel to Tomi Adeyemi’s bestselling book Children of Blood and Bone (2018) in her Legacy of Orïsha series late last month. The sequel, Children of Virtue and Vengeance, follows the exploits of the central character, Zélie, as she grapples with a world that she helped to change drastically overnight by freeing magic. Before you dismiss this series as yet another vapid teen fantasy drama, know that Adeyemi’s world-building skills are unmatched, her characters are vibrant and honest, and she is not afraid to engage with difficult topics like slavery, race, hatred, and social stigma in a frank fashion. As a historian, I especially appreciate Adeyemi’s careful and intricate building of the book’s mythology and history, which mirrors many west-coast African history and myths. When I’m done with my grading this week, I’m going to sit down and “wrap myself in a violent snuggie” by reading Children of Virtue and Vengeance. 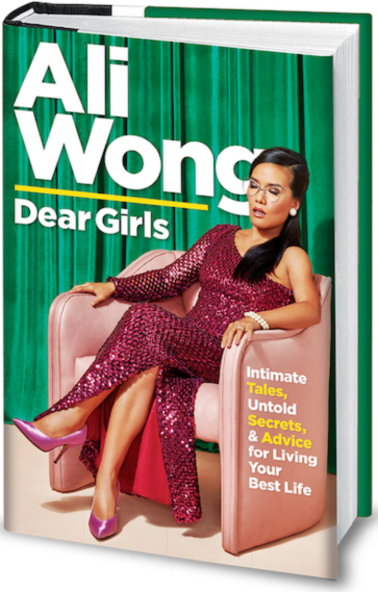 In this collection of essays, comedian Ali Wong provides readers with insight into choosing authentic Asian restaurants, the graphic realities of motherhood, and surviving a male-dominated profession. For anyone familiar with her Netflix specials, Baby Cobra (2016) and Hard Knock Wife (2018), Dear Girls is the same irreverent blend of clap-backs and commentary. Wong elaborates on the struggles of being a working mom, the challenge of being a female breadwinner, and teaching her daughters to appreciate their Asian heritage in a cultural milieu dominated by white faces and stories. If you’re looking for a good laugh and the kind of sass that only women of color can provide, then Ali Wong’s Dear Girls should be on your booklist this holiday season. 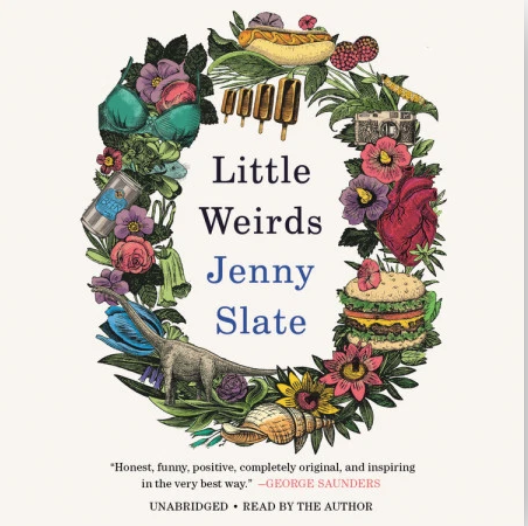 Jenny Slate’s collection of essays is a little weird, making the title quite apt. By weird, I mean they are creative and quirky and call on the reader to suspend their beliefs about descriptive writing and stream of consciousness. Slate’s wit and charm shine in Little Weirds. Her essays invite readers to explore their perception of the greater world, as well as our place in it. Following her successful Netflix special, Stage Fright (2019), Slate’s book is a welcome continuation of her parents’ haunted house, paralyzing fears with which we can all resonate, and the challenge of surviving in the world without losing the humor or spark that makes us unique. If you enjoy stretching your imagination and creative essays, Jenny Slate’s Little Weirds is the book for you.

I first became acquainted with the writings of Amitav Ghosh in my very first history class as an undergraduate. His 1992 book In an Antique Land: History in the Guise of a Traveler’s Tale (1992) served as my introduction to subaltern studies and was a master class in blending personal observation, history, and ethnography. I’m excited to finally sit down and read one of his more recent works, The Great Derangement, in which this acclaimed author thinks through our (lack of) recognition of the Anthropocene and of climate change. “The climate crisis is also a crisis of culture,” he writes, “and thus of the imagination” (9). It is too much to ask of a single book to provide a way out of this global existential crisis, but I would be lying if I said I wasn’t turning to The Great Derangement for a glimmer of hope.

I haven’t even cracked the spine of Floating Coast—which has received substantial buzz since its publication in August of this year—but I already know that within its pages I will find deeply moving prose and exemplary history. Bathsheba Demuth’s piece in The Atlantic on fear and the Arctic had me shivering alongside her as she walked miles in the wolfish night after being thrown from a dogsled, but also thinking deeply about what these primal lessons of survival have to teach us in the face of climate change. Demuth brings us to these frigid land- and water-scapes, examining the multitudes of peoples, animals, and elements of the Beringia, the lands and waters between Russia and Canada. Demuth knows these landscapes, and I look forward to learning from the ways in which she brings her sense of place to bear on their histories.

This is one of those wonderful moments where your historical research includes a novel and you can read fiction for work. This utopian novel is Bellamy’s follow-up to the best-selling Looking Backward: 2000-1887 (1888), which laid out a future Boston where class conflict had been replaced by a (somehow satisfying) socialist bureaucracy. Equality served as a response to critics, such as the British socialist and designer William Morris, who found Bellamy’s vision in the first novel disturbingly authoritarian. The sequel examines the institutions of the new society in greater detail and introduces elements of greater democracy.

The second book in a planned trilogy of historical fiction on the rise and fall of Thomas Cromwell (1485?-1540), chief minister and “fixer” to King Henry VIII of England.  Cromwell helped pave the way for the English Reformation before falling afoul of the king and being beheaded. Though I came late to the series anyway, I’ve been holding off on reading this installment until the final book was closer to publication, which is now expected early next year!