Today’s piece is by Anna Kramer, a doctoral student in the History Department at CU Boulder. She studies, among other things, public lands and outdoor recreation in the American West. Before beginning graduate school she worked for the National Wildlife Federation and the American Alpine Club. Follow her on Twitter @akiltykramer..

Human waste piled up along the roadsides in Yosemite National Park. Drivers knocked over Joshua trees and carved new roads into the delicate cryptobiotic soils of Joshua Tree National Park. Trash cans overflowed on the National Mall within eyesight of the Capitol Building and the White House, where political leaders faced off during the longest government shutdown in U.S. history.[1] Amidst the stories of federal workers struggling to make ends meet and of TSA agents working without pay, the impacts on national parks and other public lands became a poignant symbol of the federal government’s recent impasse.

Some of the damage was the product of individuals taking advantage of the lack of enforcement of public lands regulations. Aside from the damage caused by off-road driving and illegal camping reported in Joshua Tree, snowmobilers reportedly joyrode in wilderness areas and mountain bikers poached trails in national parks normally off limits to them. While it is easy to blame these flagrant rulebreakers, it is likely that the bulk of the impacts came from well-intentioned, if not exactly well-informed, visitors. Overflowing trash cans and toilets are a consequence of park staff being unable to remove the waste and of visitors failing to pack out their own trash. Human waste piling up along the roadsides—a consequence of closed toilets—demonstrates how few visitors are aware of the proper human waste disposal techniques.

Yet litter and vandalism are not unique to government shutdowns, and the alarm over these impacts reflects a constructed need to maintain a “pristine” nature that exists behind park gates. These are relatively common occurrences in the towns and cities in which we live, but national park-lovers and outdoor enthusiasts often consider litter, graffiti, and vandalism to be particularly egregious and chronic problems in national parks and other public lands. The shutdown’s lack of visitor services and regulations enforcement certainly only exacerbated these issues. As visitation keeps growing and federal funding fails to keep pace, the National Park Service is struggling—as it often has—to balance its dual mandate, articulated in the 1916 Organic Act: “to conserve the scenery and the natural and historic objects and wild life therein and to provide for the enjoyment of the same in such manner and by such means as will leave them unimpaired for the enjoyment of future generations.”[2]

Missouri Lakes photo: Is this the only landscape to which we are expected to #OptOutside? Author photo of the Missouri Lakes, located in the Holy Cross Wilderness Area in the White River National Forest—the most visited national forest—in Colorado.

The increasing numbers of visitors to national parks and other public lands shows no real sign of slacking, either. Outdoor recreation is booming, as measured by participation increases and industry growth. With the rise in awareness of the mental and physical health benefits of outdoor experiences, and a much-needed push to diversify the outdoors, more and more people are going outside in one way or another. Organizations and businesses that are “getting more people outdoors”—especially among communities of color and other minority groups—do so for many varied reasons, but one justification, leveraged often by conservation organizations, deserves a closer look: the demographics of the United States are changing, the argument goes, and we need to ensure continued public support for our public lands. The underlying assumption is that if outdoor and conservation organizations, businesses, and land managers can get people outside, they will start to care about our public lands and the environment.

In my experiences in the outdoor recreation and conservation sectors, this is a pervasive idea. It makes sense, after all, to those who espouse it: we see a direct connection between our own experiences in the outdoors (often as children) and our engagement with environmental causes. Studies have indeed connected early childhood experiences with environmental attitudes as adults.[3] Many of the best-known leaders of the conservation movement—think John Muir, Theodore Roosevelt, David Brower, and Aldo Leopold, to name a few—were accomplished outdoorsmen who could cite their own experiences in wilderness as they argued for its protection.

The assumption that outdoor experiences are tied to environmental ethics is nonetheless one that merits questioning. What do we mean when we encourage people to #OptOutside? Does going “outside” refer only to solo backpacking through high alpine environments or rock climbing in remote desert landscapes? Does a hike in Griffith Park, in the heart of Los Angeles, count? What about a family picnic at the little park a block from your home? Arguing that we need to get more people of color “outside” so that they will care about public lands and the environment is not only self-serving and paternalistic. This line of thinking also erases the fact that marginalized groups already experience the outdoors and engage in environmental advocacy. Mainstream and predominantly white outdoor and environmental groups often ignore and minimize these kinds of engagements and efforts. 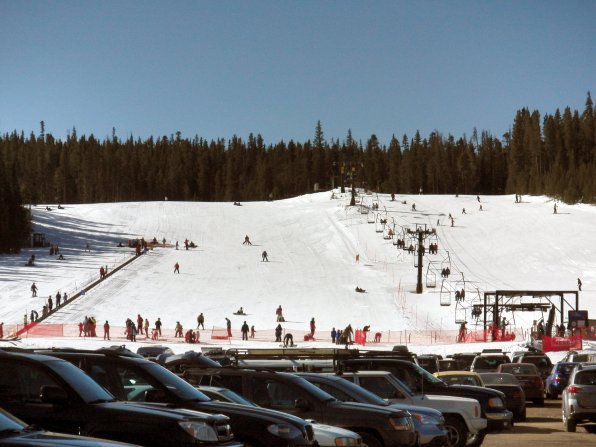 This is the assumption upon which the outdoor industry has built its political advocacy. It is connected to the more business-focused argument that since their customers recreate on public lands, any threat to these lands threatens these companies’ bottom lines. “We are people who care,” they say, and we care because we go outside. Yet what, exactly, do outdoor recreationists care about? There is a risk in this assumption of reifying the divisions between humans and nature and of allowing us, as William Cronon has argued, to “give ourselves permission to evade responsibility for the lives we actually lead.”[4] The outdoor industry may succeed in protecting the places we play, but what kind of environmental ethics are we really practicing if we (and I certainly include myself in this category) continue to fly and drive our vans, trucks, and SUVs to the trailhead or ski slopes, wear Patagonia fleeces that produce substantial amounts of polluting microplastics, and generally live the kind of lifestyles that lead to the U.S. producing more carbon emissions per person than any other country? The damage to our national parks—and subsequent outcry—that occurred during the shutdown is but a small warning that cultivating a broader sense of environmental ethics requires more than merely getting people outside. If we succeed in protecting our parks and public lands at the cost of effectively declaring the rest of our environment a sacrifice zone, we have lost sight of more than the forest for the felled Joshua trees.

[1] The National Mall and Memorial Parks in Washington, D.C. is a unit of the National Park System. https://www.nps.gov/nama/index.htm.

2 thoughts on “The Meanings of ‘Getting More People Outdoors’”