Erstwhile contributing editor Graeme Pente reflects on the rise of skepticism about observed reality and what it means for the intellectual foundations of our modern world.

The president lives in his own reality. From erroneous claims about voter fraud to explain away his losing the popular vote to “alternative facts” about the size of the inauguration crowd, Donald Trump and his advisors do not appear to see or experience the world the way most of us do. The conspiracy theories that abound among his supporters as well as the rising concern over “fake news” suggest that there is a specter haunting America. That specter is the chasm separating two incommensurate epistemologies working within the same polity. That is, there are two dominant ways people in the United States gain knowledge and thus understand the world, but these citizens are expected to coexist—indeed, to work together—within the same country and under the same government. Increasingly (but by no means absolutely), this division seems to be fracturing along partisan lines. The election of Donald Trump and the collapse of consensus over observable reality ultimately indicate a failure of Enlightenment rationality.

Last week, I mentioned to a friend that I was planning on writing this post. He was skeptical, suggesting that Trump’s election more accurately marks a failure of neoliberalism, the political and economic order that dominates the globe. Commentators (usually critics) use the term to describe how market logic has taken over our view of human relations: people generally apply market expectations and outcomes to everything from the function and role of government down to daily interactions with fellow citizens. A hostility to restrictions on capital and labor flows across national borders (i.e., regulations of any kind) also characterizes neoliberalism. The dying neoliberal order is certainly a short-term factor in bringing Trump to power. But I think Trump’s election indicates the culmination of a longer trend toward the failure of the Enlightenment project.

The United States is an Enlightenment country. Its founding dates to the height of Enlightenment thinking in the late eighteenth century. Many of the country’s founding principles derive from this intellectual movement. The Enlightenment emerged from the seventeenth-century Scientific Revolution and its emphasis on empiricism, objective observation, and using rationality over faith or tradition as the foundations of truthful knowledge. Picked up by European philosophers in the following century, the implications of rationality and jettisoning tradition undermined the hierarchically ordered societies of Europe. Many historians consider this intellectual movement to be the origins of our modern conception of democracy, as it influenced the late-eighteenth-century revolutionary births of the United States and France. 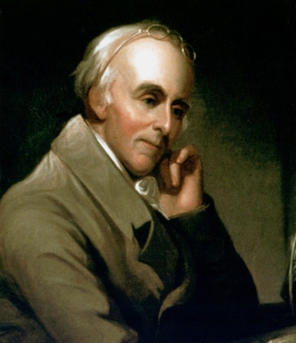 Historian Jonathan Israel traces today’s core liberal values to what he terms the ‘Radical Enlightenment.’ This strand of Enlightenment thought includes basic principles of “democracy; racial and sexual equality; individual liberty of lifestyle; full freedom of thought, expression, and the press; eradication of religious authority from the legislative process and education; and full separation of church and state.”[1] The first proponents of these ideas in embryonic form included mid- to late-eighteenth-century figures such as the Frenchman Denis Diderot (1713-1784), the Franco-German Paul-Henri Thiry, Baron d’Holbach (1723-1789), the Englishman Thomas Paine (1737-1809), and the American Benjamin Rush (1746-1813). Collectively, they articulated these modern ideals through their thinking on politics, sovereignty, citizenship, and education.

For these thinkers, critical inquiry was a key expression of these values, while universal education would ensure that they spread. Baron d’Holbach opined that “‘We must enlighten the people’ if we want them to behave reasonably and understand the drawbacks that arise from being misled by hypocrites, ambitious men, and religious leaders.”[2] He believed that “‘It is through general education’ that the ‘people can be rendered reasonable.’”[3] Gotthold Ephraim Lessing (1729-1781), a key figure in the German Enlightenment, saw it as philosophy’s duty to reduce the negative effects of nationalism, class, and religion. In his view, “the common people are usually fervent about all three: fiercely chauvinistic, blindly deferential to rank, and believing unquestioningly in their religion.”[4]  In the United States, Benjamin Rush and Delaware teacher Robert Coram “complained that the colonies had lamentably failed to foster a system of universal primary education to promote levels of literacy and awareness indispensable to the proper exercise of democratic rights.”[5]

Israel believes that the core values of the Radical Enlightenment, such as racial and sexual equality and full freedom of the press, “became first intellectually and then politically hegemonic.”[6] Perhaps in our time, their intellectual hegemony has eroded. The project of Enlightenment rationality hinged on universal public education. The first two generations of American educators and reformers, including figures such as Rush and Horace Mann (1796-1859), recognized that education was crucial to the survival of the republic. Critical thinking is essential for democracy. But the erosion of critical thinking and any pretense toward universal experience in the American education system has left many of its people incapable of protecting themselves from falsehoods masquerading as “alternative facts.”

There are, of course, myriad factors influencing this decline, from the resurgence of religious teachings hostile to science, to the postmodern turn in academic history and literary criticism, to neoliberal privatization of public schools and the rise of private and charter schools, to the marginalization of the humanities in academic institutions, to the prevalence of standardized tests as proper measures of academic success. In an insightful piece in The New Yorker last March, historian Jill Lepore pinpointed the middle of the twentieth century as the crucial moment. She writes that in this period “fundamentalism and postmodernism, the religious right and the academic left, met up: either the only truth is the truth of the divine or there is no truth; for both, empiricism is an error.”[7] At the end of the century, the comedian and social critic George Carlin saw language as the site of struggle.[8] Here, he thought the bureaucratization of English and the increasing reliance on euphemisms over the course of the twentieth century represented the greatest threat to truth. He lamented the surrender of “simple, honest, direct language” and he saw truth and pain “completely buried under jargon.” Intellectual historian Daniel T. Rodgers recently argued that we live in “a political-cultural moment saturated with competing claims on truth, each insisting on its veracity. We have contrived to construct an open marketplace of truths, and it is not a happy state.”[9] Thus, truth-claims on the Left and Right appear equally valid, but some adhere more closely to observed reality than others.

Following the erosion of the Radical Enlightenment’s intellectual hegemony, perhaps Trump’s election, Brexit, and the resurgence of the Global Right indicate that its political hegemony is now in danger.[10] Israel writes that the Radical Enlightenment views one of the key roles of the State to be “preventing vested interests from capturing control of the legislative process.”[11] Obviously, the power of lobbyists in Washington has long challenged this Radical Enlightenment tenet, but the Gilded Age (ca. 1865-1900) with its Robber Barons is the only period in American history that comes close to this egregious level of corruption. For all the influence the Robber Barons had on Congress, Jay Gould never became the president.

So what is to be done? It remains a challenging question. We seem to be witnessing a modern eclipse of truth that is aggravating the disintegration of the social contract. We are amidst a breakdown of mutual faith in the system of understanding. A comparable crisis would be if half of us woke up one morning and decided no longer to recognize money as the currency of exchange—people opting out of what writer David Milch might call “a lie agreed upon.”[12]

But perhaps such a comparison is misleading. Money’s hegemony is nearly totalizing—the number of people who refuse to recognize its legitimacy (or refuse at least to acquiesce to its utility) is miniscule, a mere fringe. Adherents of Radical Enlightenment and its values, on the other hand, have been locked in a struggle against other ways of knowing for centuries. Rather, it is the Radical Enlightenment’s dominance—briefly, narrowly achieved—that has waned and is under serious threat.

“Is not an industrious laborer more useful to society than the common run of useless aristocrats? And the impoverished homme de lettres who dedicates his energies to the edification of his fellow citizens: is he not worthier of being generally esteemed than the ‘opulent imbecile’ of high birth who affects to disdain the arts and talent?”[13] Baron d’Holbach espoused this position in 1773. If opulent imbeciles of high birth disdaining the arts sounds troublingly familiar, it may be that we find ourselves at a similar point in the struggle for freedom, equality, and knowledge. It may be that we find ourselves again speaking truth to power against rulers rather than leaders. The great eighteenth-century radical Thomas Paine encouraged his compatriots to topple the aristocracy by dismissing them rather than hating them. Their power largely rested on an imagined superiority. Thus, Paine “longed to see aristocracy ‘jeered at as an ass’ rather than ‘dreaded as a lion.’”[14] While we must find ways of restoring faith in empirical reality and rationalism, let us begin with everyone on the same plane. Let us squarely face our rulers and commence with the jeering.

[1] Jonathan Israel, A Revolution of the Mind: Radical Enlightenment and the Origins of Modern Democracy (Princeton: Princeton University Press, 2010), vii-viii.

[10] Writing in 2010, Israel noted that “resurgent forms of bigotry, oppression, and prejudice… in much of the world today appear inexorably to be extending their grip,” op. cit., xi. I’d wager he did not anticipate them capturing the United States six years later.

One thought on “Donald Trump and the Failure of the Enlightenment”